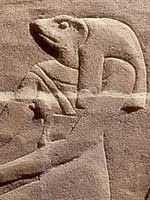 "Again, take the frog. An Egyptian Christian decorated a lamp with the figure of a frog and inscribed around it: 'I am the Resurrection'--barely reverent to our minds till we remember the Frog-goddess Heqet at Abydos, whose cult dates from the earliest dynasties. She is seated at the foot of the bier of Osiris, and the frog is elsewhere a frequent and favorite amulet in connection with new life and new birth. Why? For reasons purely local, and hence permanent. The 'matlameto,' a great frog over five inches long, hides in a root of a bush as long as there is a drought, and when rain falls it rushes out. It comes with the rain as the beetle with the rising of the Nile; both are symbolic of new life and growth. The women of some African tribes eat frogs, as they eat beetles, to bring them children. Women of other tribes more prudently reject frogs as food, fearing lest their children might have bulging eyes."

--Jane Ellen Harrison, from The Spectator April 13, 1912, republished as an introduction to Osiris by E.A. Wallis Budge

Today is the Lesser Feast of the Prophet of Thelema.

My newest book on Thelemic magick is in print proofs and scheduled for release on the Feast of the First Initiation of the Prophet, November 18. Earlier books are still available on Amazon: https://www.amazon.com/Dionysius-Rogers/e/B078HGBTKH 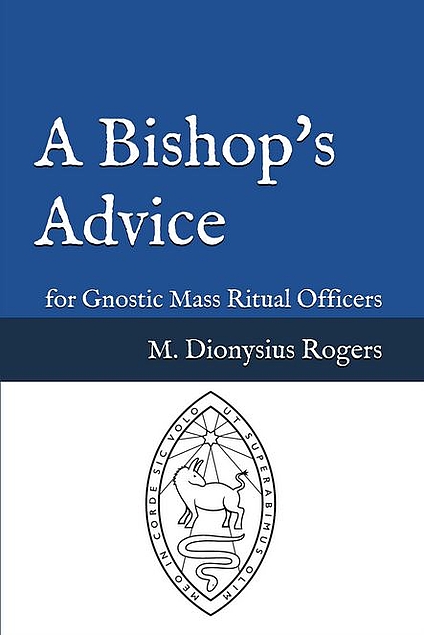 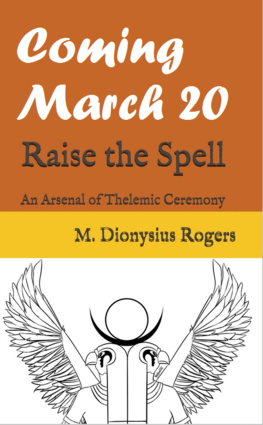 "Man will never be wholly civilized until he ceases to intrude his snout into the shy, mysterious, highly private recesses of his brother's soul."
Collapse